Catch, Throw, And Earn The KO!

Duke it out in Knockout City, where team-based multiplayer Crews settle the score in free-to-play dodgebrawl action. Knock out opponents with trick shots and coordinated teamwork while dodging and catching balls flying across the map. No ball? No problem! You can literally ball up, roll into a teammate’s hands and become the ultimate weapon. 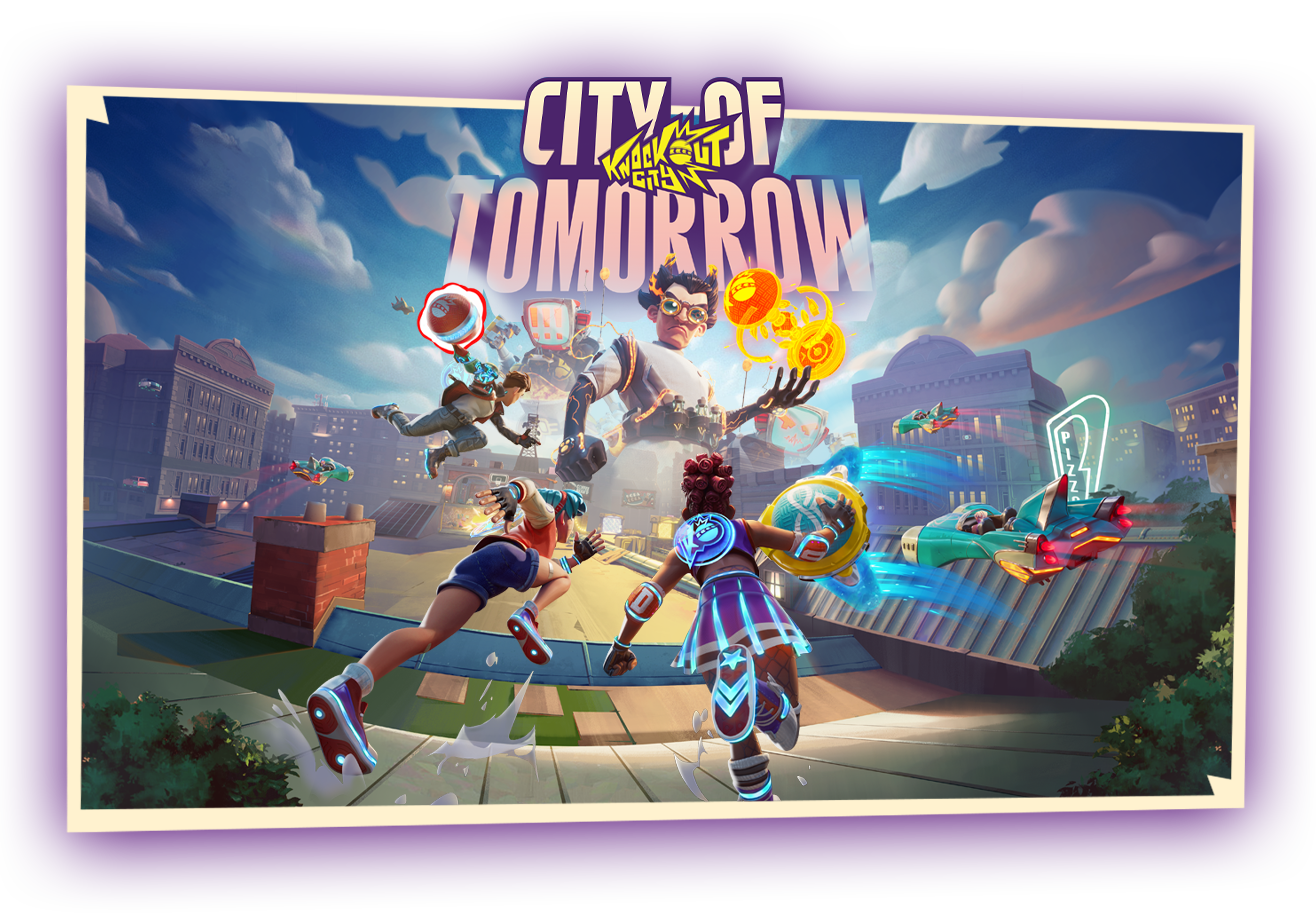 Show up and show off! Create your brawler, pick your favorite Outfit, Gloves, and Hairstyle, then pop an attitude with unique KO Effects, Gliders, Taunts, Poses and more. 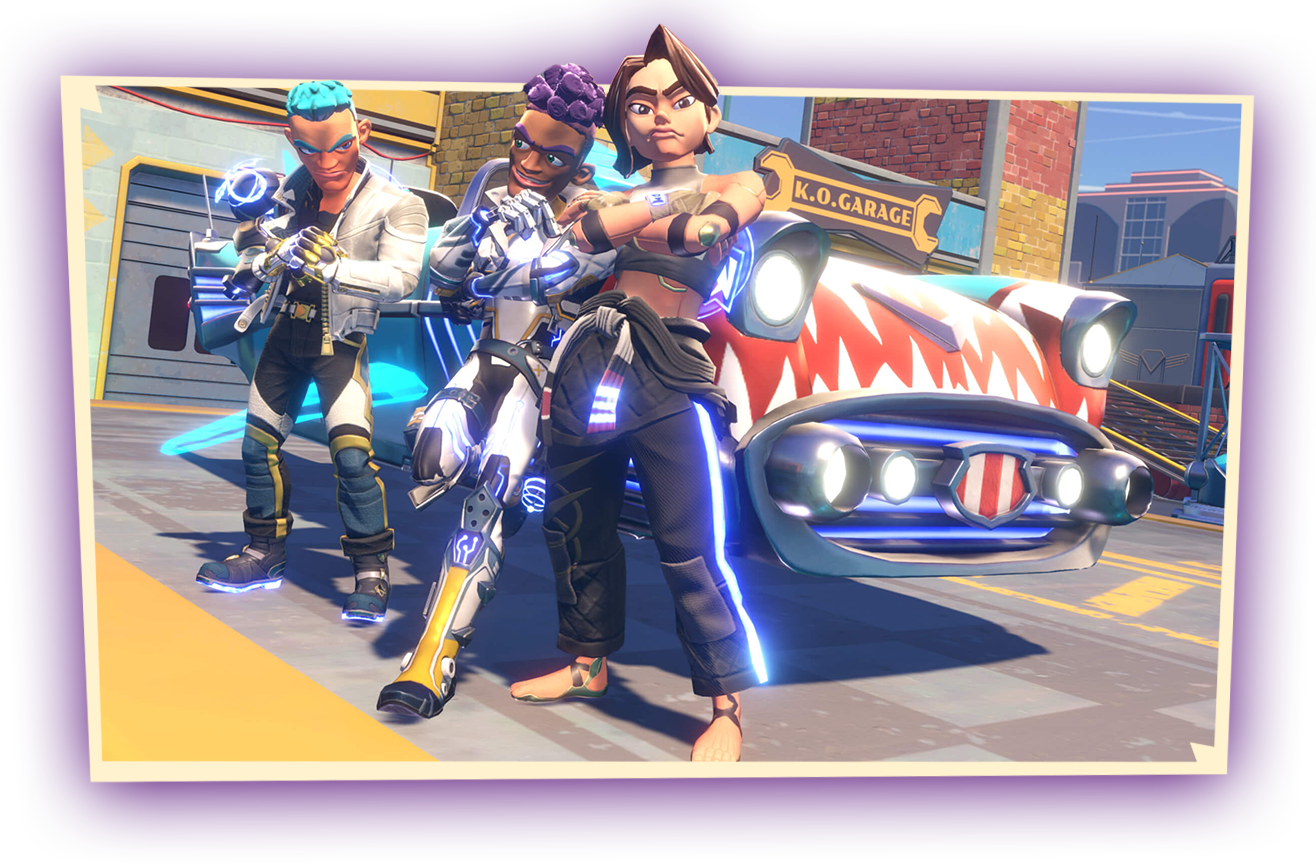 Crew Up With Friends!

Start a Crew to find community with like-minded brawlers. Customize your Crew’s Logo, Vehicle, and more to show your Crew’s unique style, in a match! 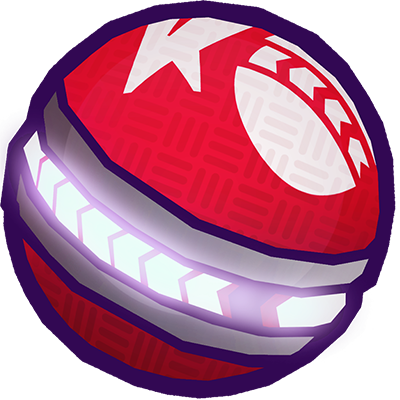 The standard Knockout City dodgeball. Throw, pass, lob, and curve, and land a hit for one heart of damage. 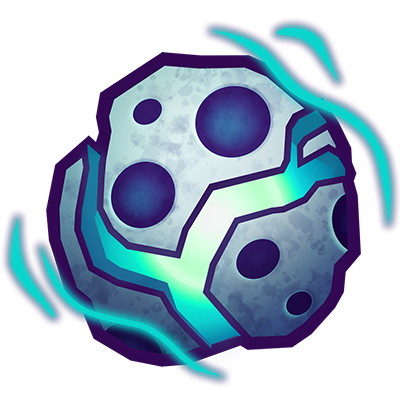 Crafted from a rock that fell from the moon, holding the moon ball reduces the effects of gravity – so you can jump higher, fall slower, and glide farther! 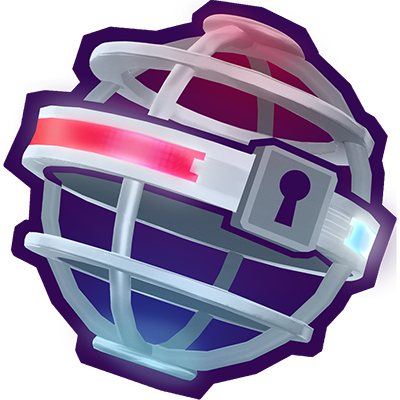 The handcuffs of the Knockout City Police Force! Players hit by the Cage Ball won’t take damage, but are temporarily forced into Ballform. 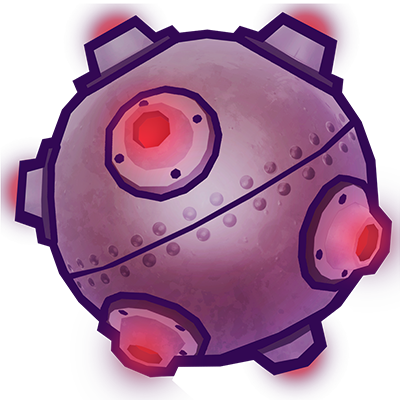 This bomb starts ticking the moment you pick it up! Just make sure you toss it before the whole thing blows up – it’ll damage all brawlers in the blast radius. 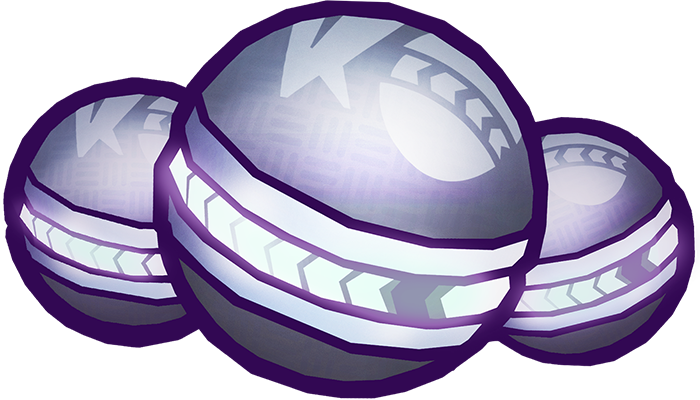 It’s three balls in one, allowing players to quickly take on multiple brawlers at once—just be careful! Each ball can still be caught and thrown right back at ya. 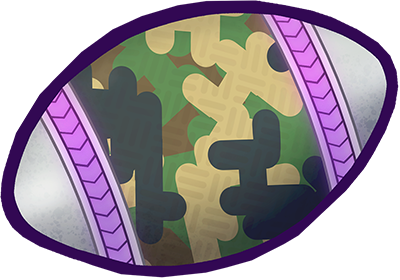 Lock on and charge up for a lightning-fast long-range shot, or throw it uncharged with a slow, wobbly fumble. 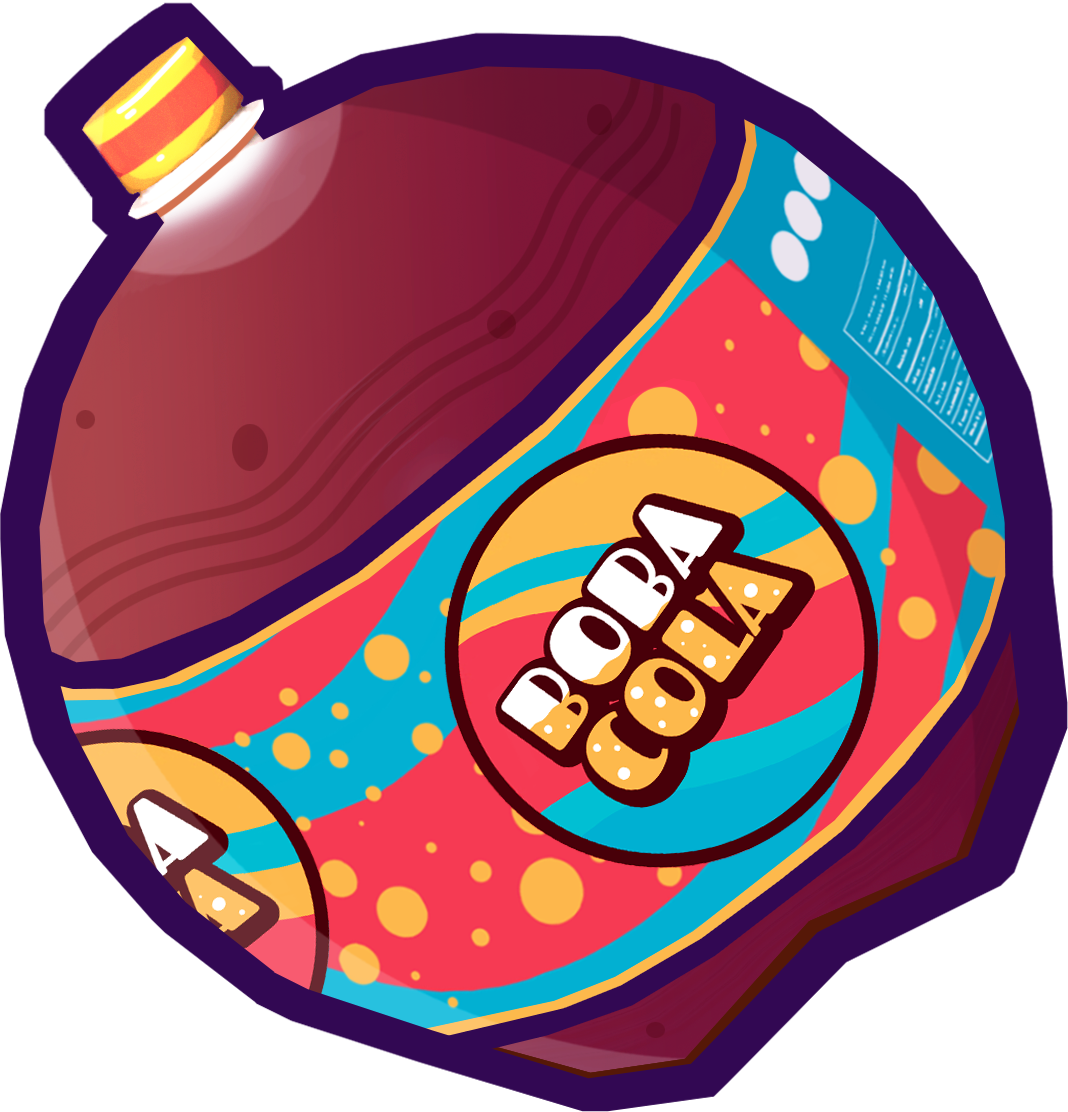 Everybody loves movie snacks, but this one’s quadruple carbonated and ready to pop. Get caught in its blast and its lights out, briefly obstructing your vision!

Science loves an equal and opposite reaction! Throw this ball and it’ll come right back to you – allowing for some seriously epic plays.

Start Your Tour of Knockout City 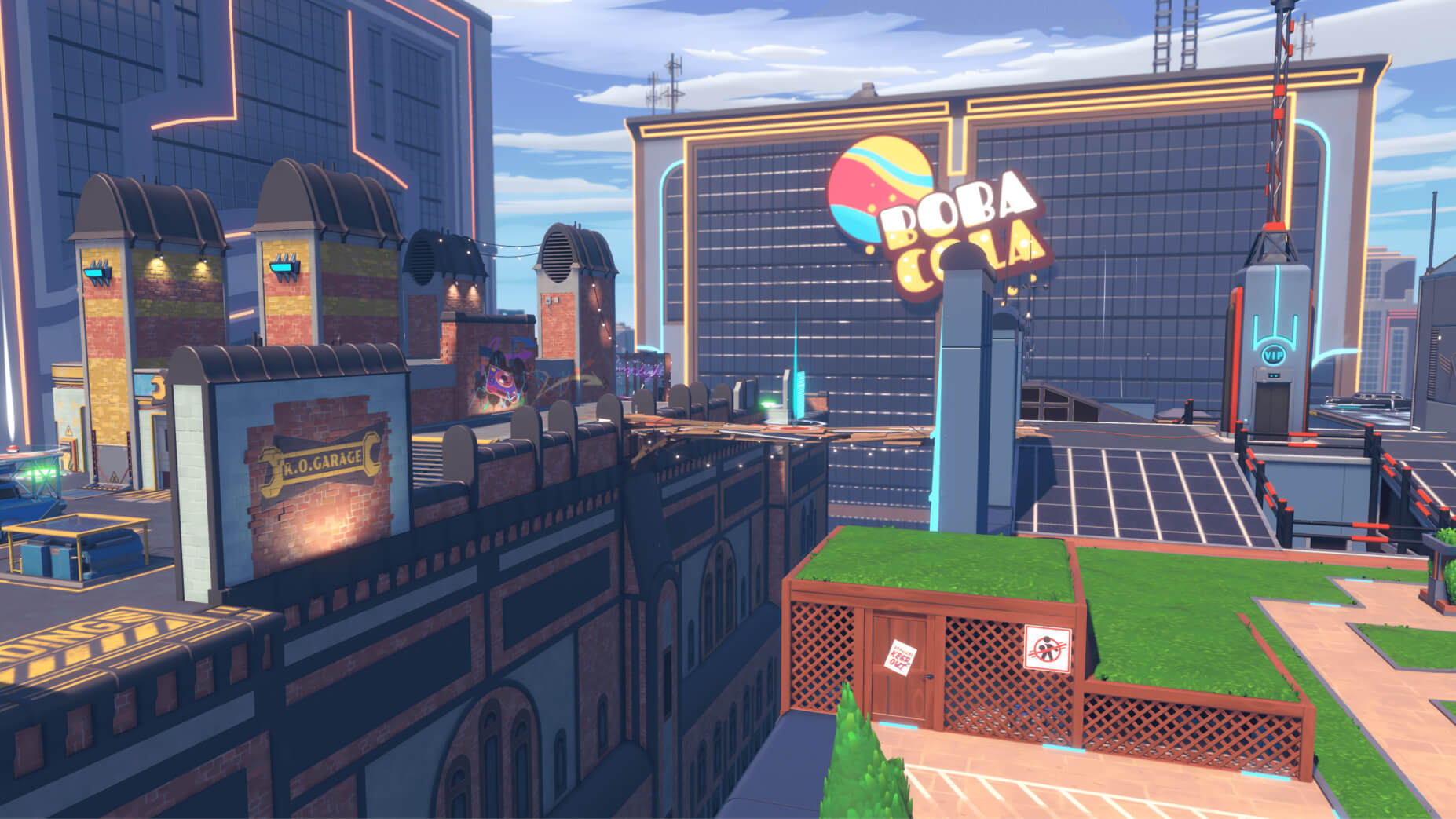 Duke it out atop two sky-high skyscrapers, and use your Glider for wind-powered speed boosts to hop between rooftops. 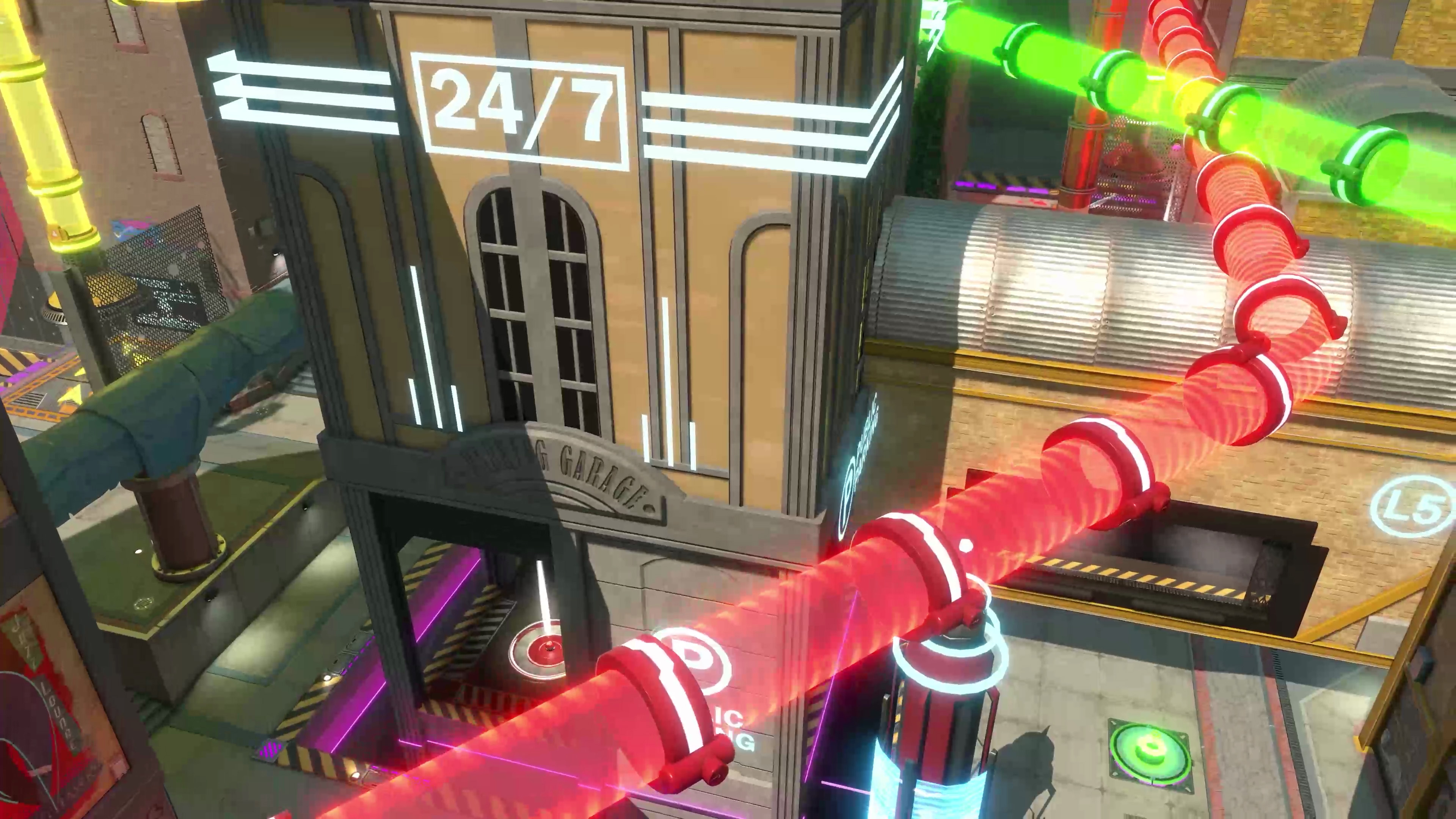 Narrow alleyways and three colorful tubes that transport you to opposite sides keep the fight constantly moving. 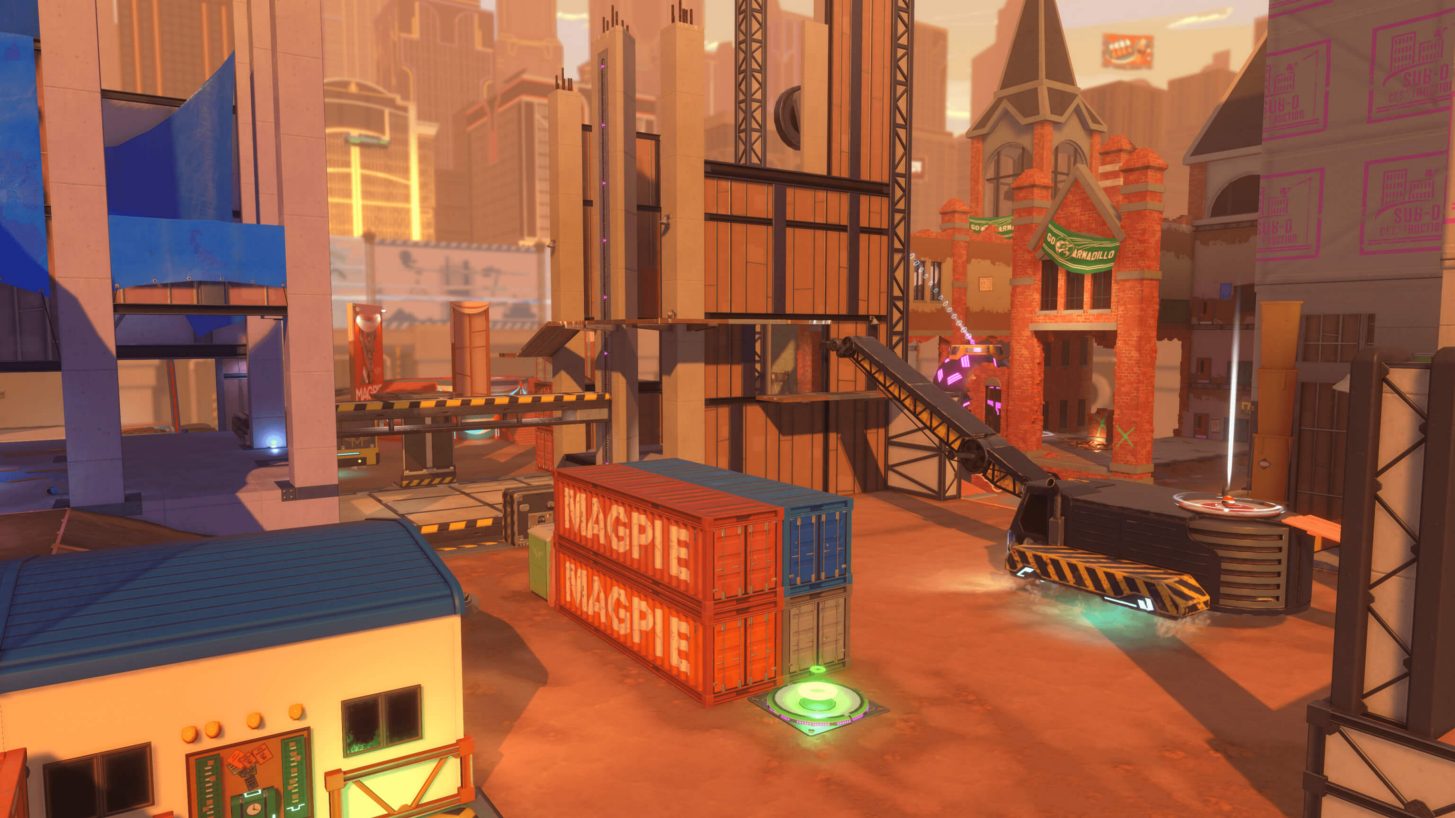 This construction zone’s packed with moving machinery, including a massive wrecking ball that’ll send you flying. 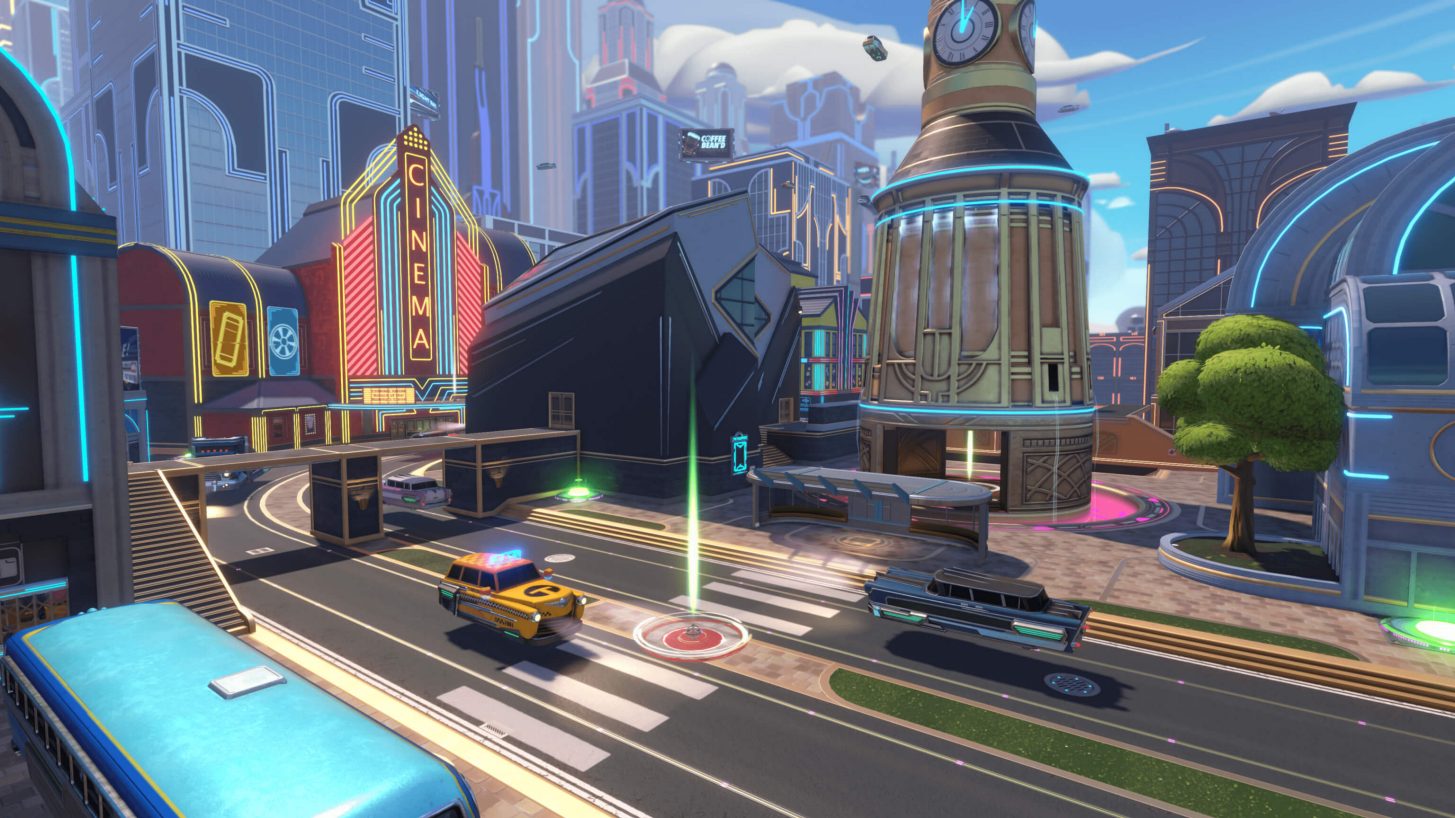 Every hour’s rush hour downtown, where you can ride on top of cars to get around or hide beneath ‘em for cover. 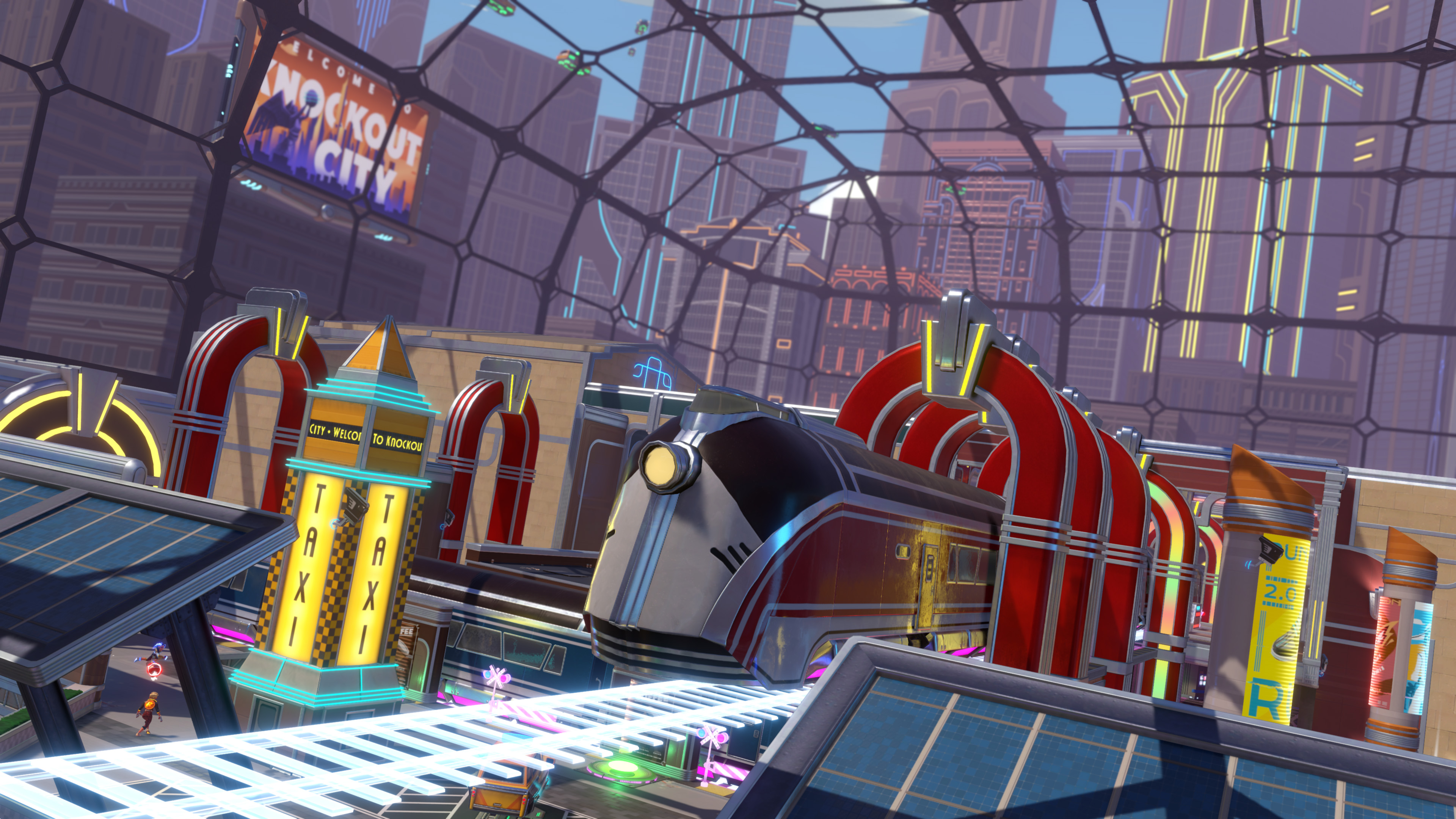 It’s a wild ride at the rail station – Dodge oncoming high-speed trains to stay on your feet, or you’ll get your ticket punched! 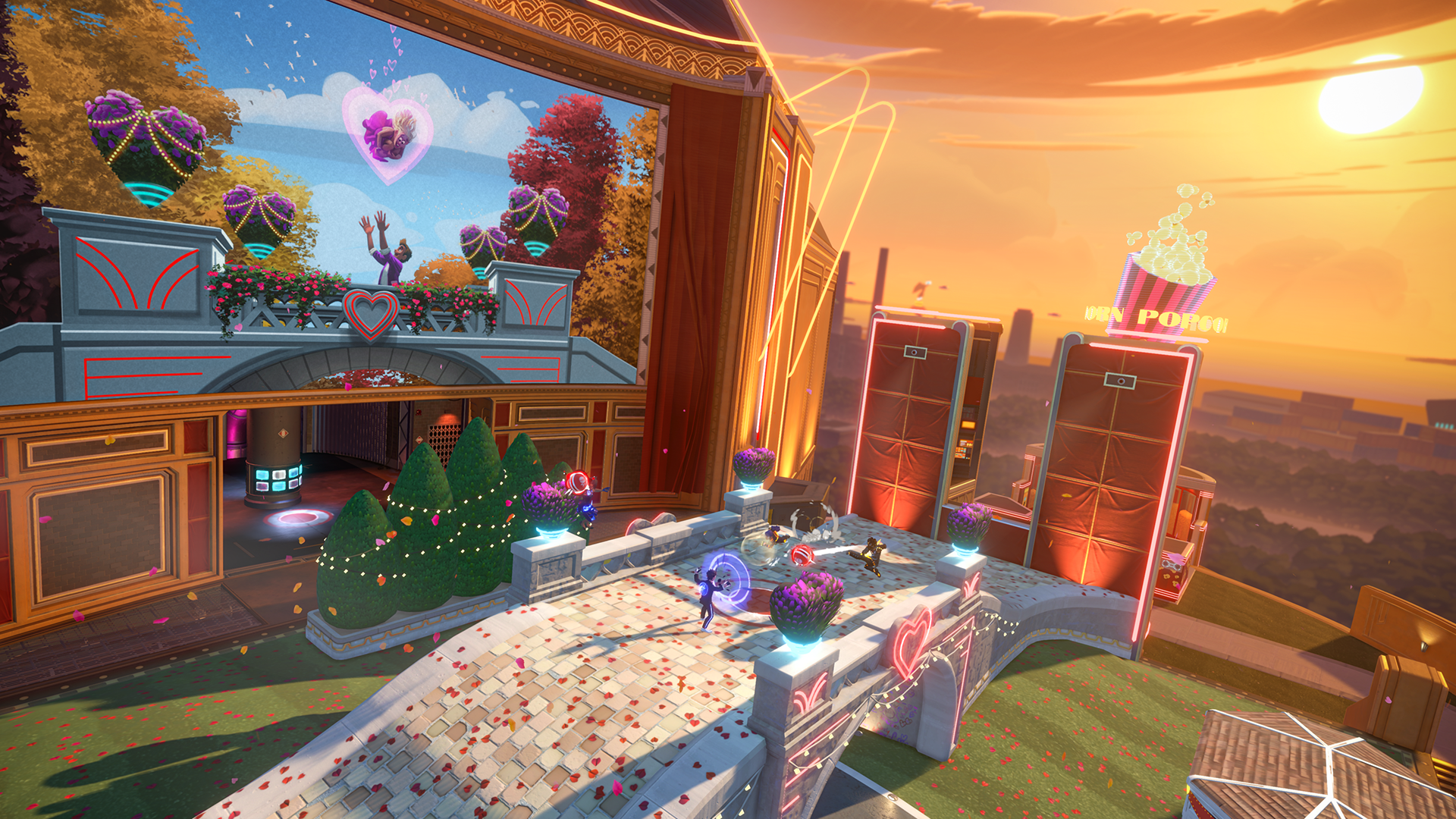 Put on a show in this compact arena, where six different holofilms project on stage and transform the terrain with new obstacles every minute. 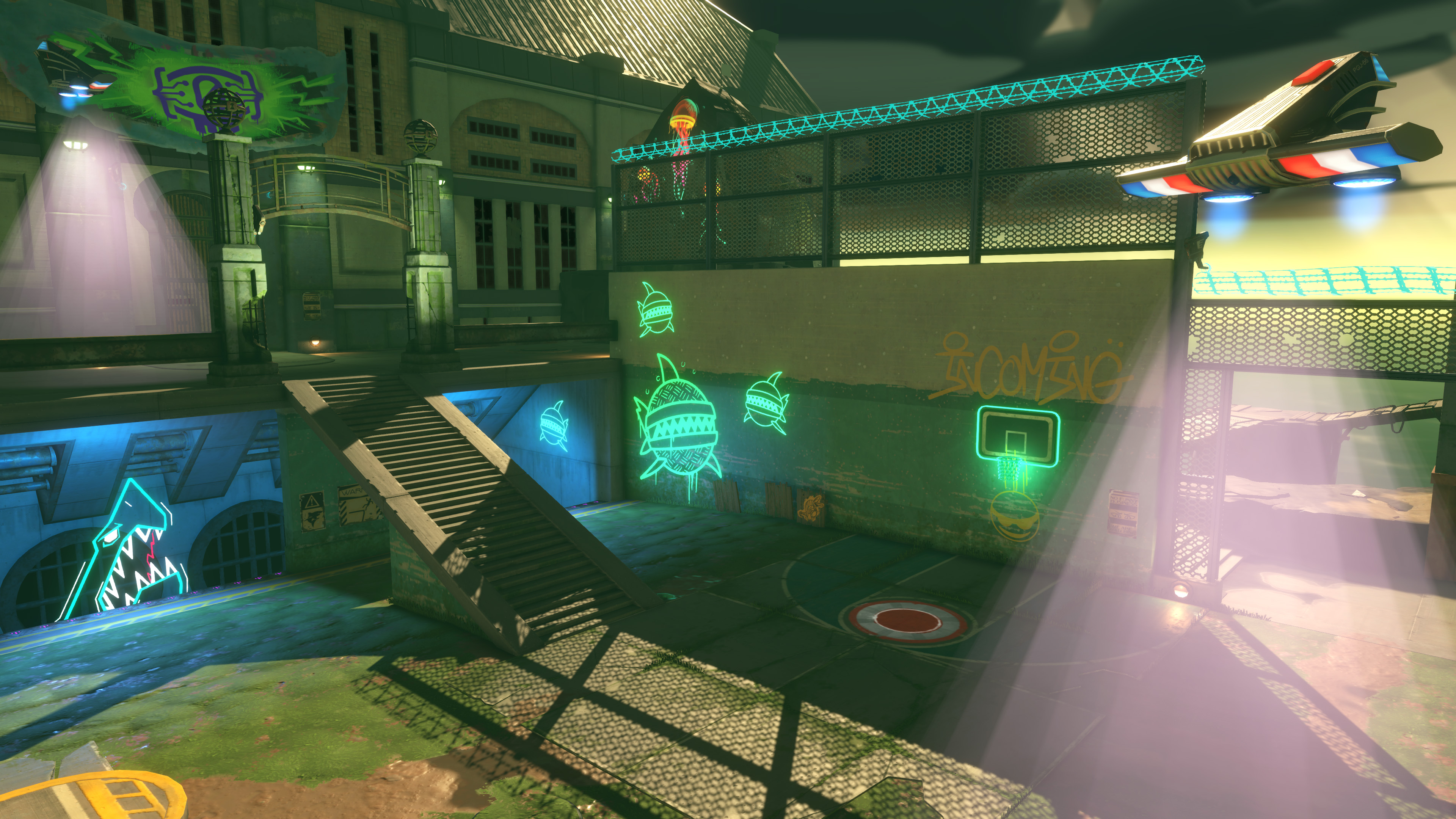 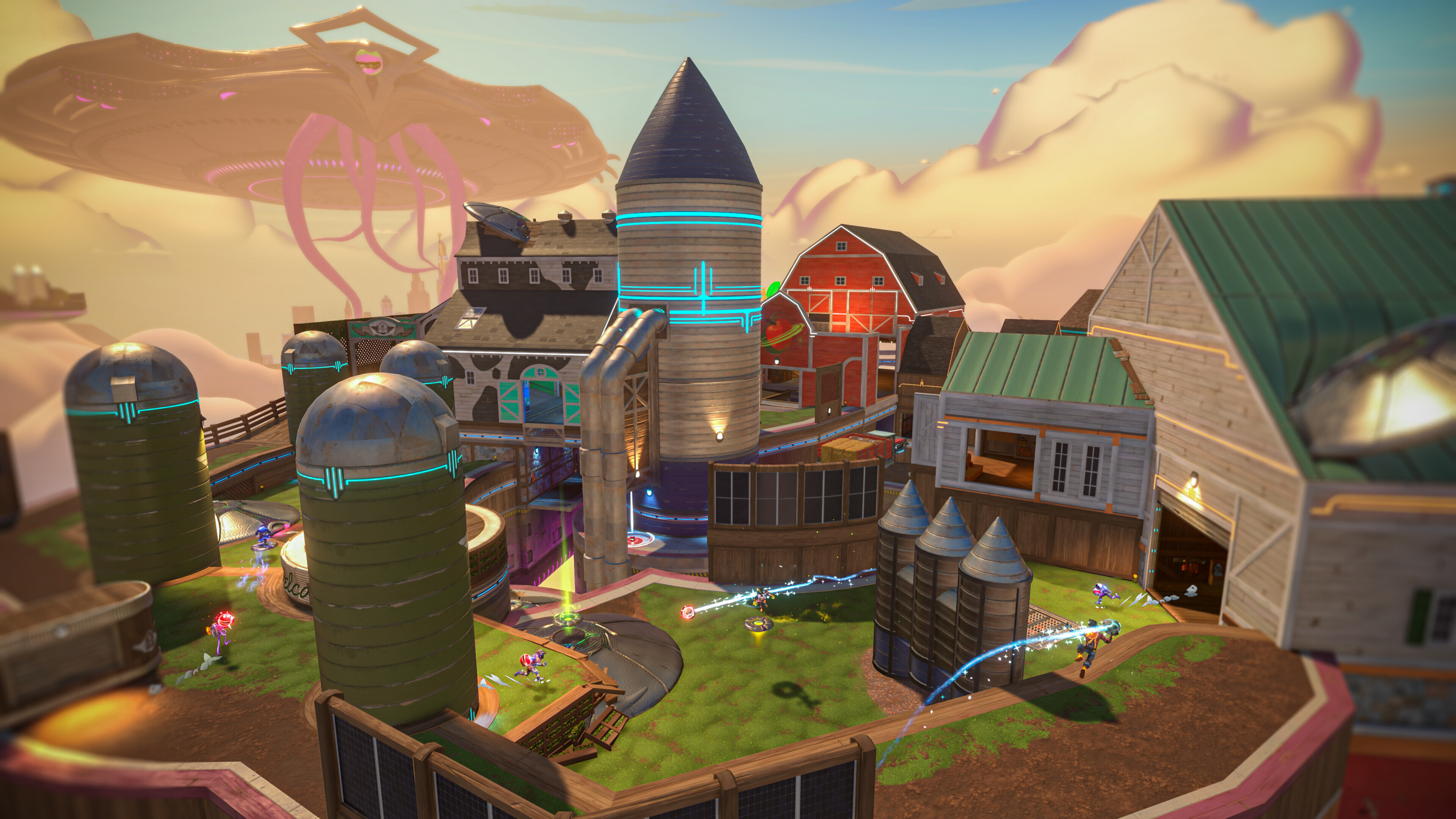 This peaceful farm in the sky is littered with crashed UFOs and rideable saucers that are sure to cause some cosmic chaos.